In November 1999 I decided to start my own brand after seeing a demand in the market for quality and limited edition shirts and trousers for the Modernist scene I had been involved for over 10 years. Locally made, button down shirts were thus the first items to come out of production, and the very first was a batch of 40 shirts with no label. It was a simple trial run for me and wanted to see if indeed they would sell. Needless to say they sold quickly and the second batch which was made a couple of months after that, included the first label. This was a small square black label with white writing I designed. DNA was the name of e vintage shop which had been operating until then. ‘Groove’ was added so as to distinguish the vintage items stocked in the shop from the new ones, and so DNA Groove label was born. I wanted a quality stitched label rather than a printed one, as to reflect the quality and the artisan vein of the production. The inverted ‘N’ was something the original vintage clothes shop (named DNA) came up with, something clever and catchy that stuck after I took over the shop.

The font was the very novel (for the time)  ‘Action Is’, reflecting the 60’s styling and esthetics the brand was born under. This label was used for trousers and even suits that I had stated producing early 00’s. Branding at the time was not what it is and means today, and so I gave very little importance to it; actually, the less of it the better. To this day I remain most probably the first post-80s label that had no visible external labels on any of the clothes and accessories. Very daring for the time, and still now, very rare to see.

The 2nd label was a more visible black background and purple lettering, keeping the ‘Action Is’ font, but laying it out in the more conventional horizontal style. This lasted for approximately 3 years, from 2002 to 2004. These years also included the Dna Groove bespoke service, available from the space I rented out across the street from the shop. Men’s and woman’s clothing, trousers, coats, suits and dresses all hand made and bespoke. Some lovey and crazy stuff made by my wife Cristina and our great personal friend and tailor Pasqualina. The labels for the Bespoke clothes were both the small square black and white ones and also the purple extended one I used for the ready made line. 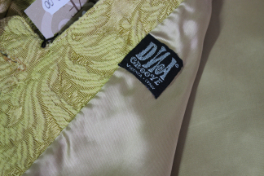 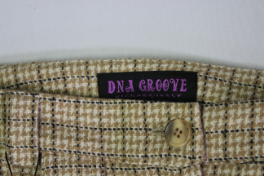 The 3rd label (2004-2009) coincided with the closure of the bespoke service (end of 2004) and the expansion of the brand to include woman’s clothing including quality knitwear, shirts and hip-hugging skirts. For it’s design this time I asked two good friends and graphic designers to come up with the re-styling: Osvaldo Casanova and Cinzia Capitanio. They designed a new label with more subtle fonts and elegant tones in beige and olive and with the now iconic DNA star! Incredible job they did and is still included in the current label.

The 4th shirting label (2009-2015) was just a restyling I did of the previous one, black backdrop with pink lettering. The ‘Groove’ was dropped for the first time simply because I was no longer selling vintage, and wanted to go back to the original, simple name of DNA. Until the 90’s, ‘Made in Italy’ labels were usually known to naturally reference clothing made in Italy! However, as faux-made in Italy clothing took to the high streets and mass markets (made abroad but finished in Italy), I wanted to distinguish my label from the rest, thus using the ‘Manifattura Italiana’ nomination instead. This underlined the artisan nature of the clothing, distancing myself from the mass ‘Made in…’ market yet again (another first, one of the many in DNA history). At this point I also introduced a label for suits and jackets (until then, I use the shirting label for all DNA Items, again, again underlining the uselessness of branding); the new label was bigger,  designed by the late Steven Millington aka ‘Dry British’ (actually it was before his nickname took off if memory serves me well). This was a dandy-esque looking man wearing what apparently looks like one of my iconic Venezia style shirt under a suit. Lovely design which is still being used and remains unchanged to this day. 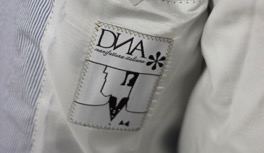 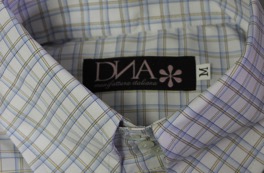 5th shirt label included the same graphics as the previous one, but for the first time had a white back drop with black lettering. I wanted to emphasize the subtle ness of the line. This label has been used right up until a few months ago, end of 2019, when I stopped making shirts in Italy. During this time frame (2015 approx) Steve Millington made a new label for my suits and jackets which I wanted labeled with my pilot project ‘De Rossi Manifattura’, this being a label which is more early 20th century inspired, and so had asked him to come up with something in that vein. I gave him a drawing which was on the shirt boxes that my first shirt maker used for their items 40 years prior. This new De Rossi label is still being used for some items which are from my De Rossi range. 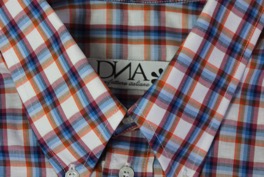 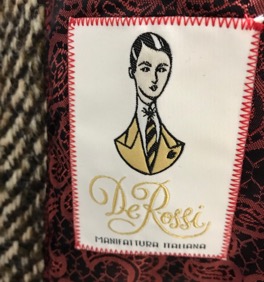 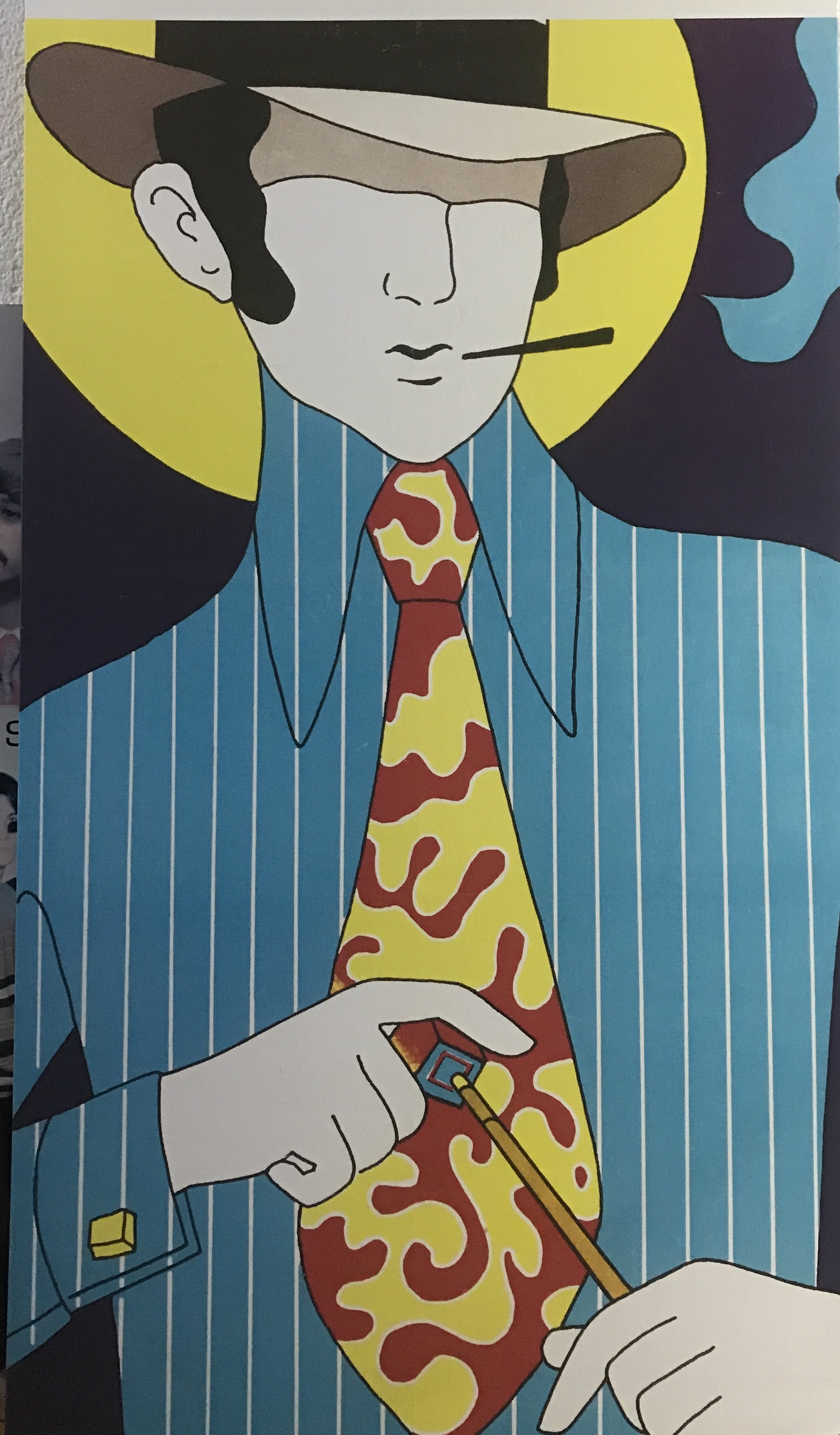 The 7th shirt label (2018 – 2020) is simply the previous one with ‘Manufactura Española ‘ as all shirts are now made local to me. This is currently being used up to date, however have decided to change it at the end of 202O so as to use my current dnagroove.it logo and font. In the meantime, I have also added a ‘Confezione Artigianale Italiana’ label for the MTO items now being produced (jackets and trousers), which roughly translates to ‘Italian artisanal production’ on which I write the customers name. An extra personal touch. 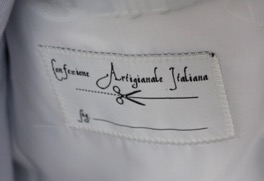 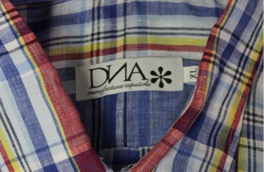 Regardless of the importance of labels (or lack of them), the DNA tradition of true limited quantities, quality artisanship at accessible prices is what remains from those improvised and exciting early days  21 years ago.

Then and now, it is still ‘just me and my brand’.